The gig at the Croft on Saturday night which was a part of the “Stokes Croft Festival” was awesome, in spite of turning up after the Hysterical Injury had already played and the fact that Hunting Lodge had to pull out. 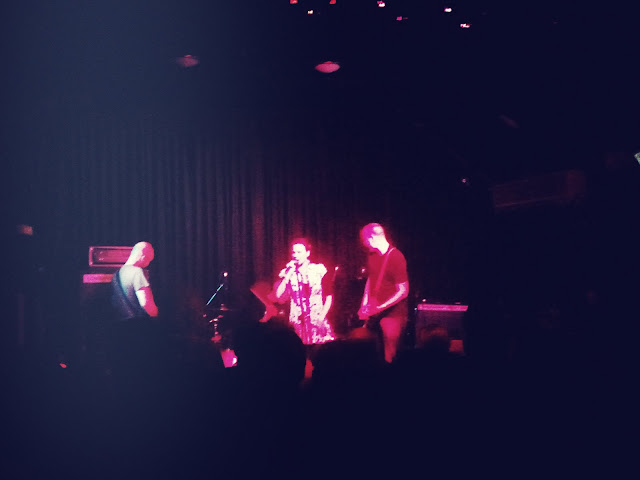 I turned up just as Big Joan were starting; hammering, repetitive bass-lines (mmm…) and knife-you guitars, with Annette Berlin’s animalistic vocals burning through and simmering… Sharp fuzz.
They’re a “have to dance” band and a band I haven’t seen enough over the years unfortunately, in spite of their legendary status in Bristol. 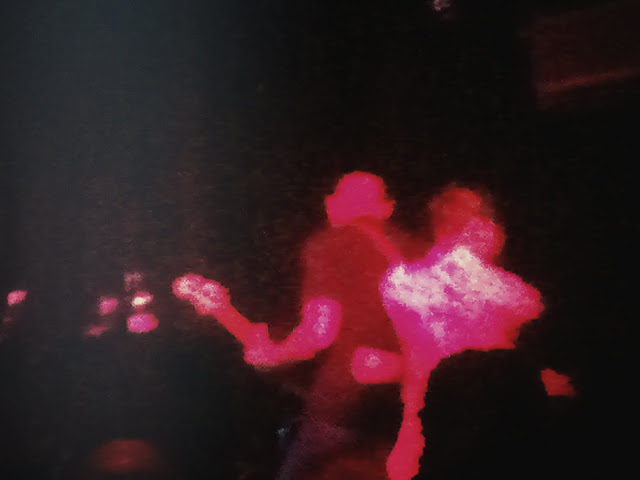 Gonga followed.
Fuck.
I’ve seen a lot of Gonga shows over the past few years…
I’ve seen them with Joe Volk singing. I’ve seen them with Chris from Taint singing. I’ve seen them with Tom from Salute singing. I’ve seen them with Team Brick singing, not to mention numerous different bass players.
I’ve seen them play instrumental versions of songs from the albums. I’ve seen them play improvised instrumental sets. Nothing I’ve seen them do has compared to what they did on Saturday.
It seems like after all the seemingly constant upheaval member-wise, Gonga have finally found their way and have really gelled as a guitar / bass / drums three-piece.
It’s a completely different set, they’ve taken the best bits of the “old” Gonga that I know and love and then twisted those influences up with those creative wanderings that were audible in their improv set at Invada Invasion and they’ve really moved on as a band, it’s a totally fresh sound and as much as I always loved watching Gonga play in the past, I wasn’t prepared for how much they blew my mind to pieces.
They played three songs, I think… the set, particularly the last song, seemed to have a far more psychedellic edge to it, more repetition… called to mind certain Circle tracks and even some of the punkier Gnod stuff, the ones that really make you lose your shit. Anyway, all I know is that I had my eyes closed most of the time but when I did look up to the stage, they had a new kind of confidence and togetherness to them that wasn’t always there before.
Really looking forward to seeing them play live again, and to any record that may come about. 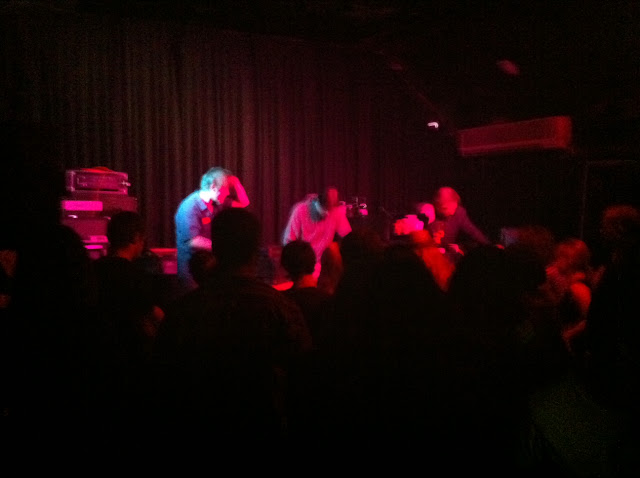 And then there was Geisha.
Ten whole years of Geisha… a more drastic metamorphosis on their part, this time they were three (which was great to see) and again, they delivered a digital onslaught of filthy, joyous noise.
Wearing the same shirts they were wearing ten years ago at their first ever show together.
Aww.
Ten More Years!